If this rule had been in effect when I applied for and received my Grandfather’s 1949 death certificate after 50 years, access could have been denied until 2024. Already reports have been made of people who have legal rights to records being denied due to inconsistent interpretations of rules by DOH employees.

Although the greater genealogical community fought hard against it, the rule recently passes. Thanks to overwhelming opposition to the plan, the NYDHMH proposed a new amendment allowing more relatives access to these records. However, its expansion only applies to a strict biological lineage that does not consider realities of family life today for adoptees or blended families.
We can let NYC know that the new amendment is an improvement, but greater access is desirable.

For information about the issues involved, please see D. Joshua Taylor, President at the NYG&B at  https://www.facebook.com/nyfamilyhistory/videos/1699893130032829/UzpfSTQ5ODIwMDI0MzU4MzIxMDoxNjM0NTE4MjA2NjE4MDY5/ 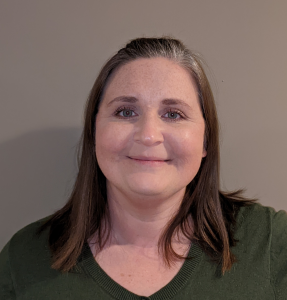 Jessica Brown, genealogy librarian at the Patchogue-Medford Library in Patchogue, will describe its extensive genealogy holdings. This includes books about starting out, guides and records for immigration and emigration, ethnic groups, military, vital records, DNA, adoptions, and more, as well as such databases as MyHeritage, Ancestry, and FindMyPast.

This will be a Hybrid meeting (subject to change).

Hybrid Meeting Format
In-Person at the Bethpage Public Library
10:00 a.m. Meet and Greet
10:15 – 10:45 a.m. Ask the Experts (One on One)
11:00 a.m. President and Guest Speaker
Zoom
11:00 a.m. President and Guest Speaker
*Members with email addresses on file will be invited about one week in advance.
If you don’t receive an invitation, please contact memberstream@ifhf.org.